“Scott presented a wonderful rendition of ‘If Not Still Higher’ during Friday Night services. The congregation was delighted by the tale and grateful to have such a talented writer and performer in their midst. Scott was a pleasure to work with.” —⁠Cantor Mimi Haselkorn 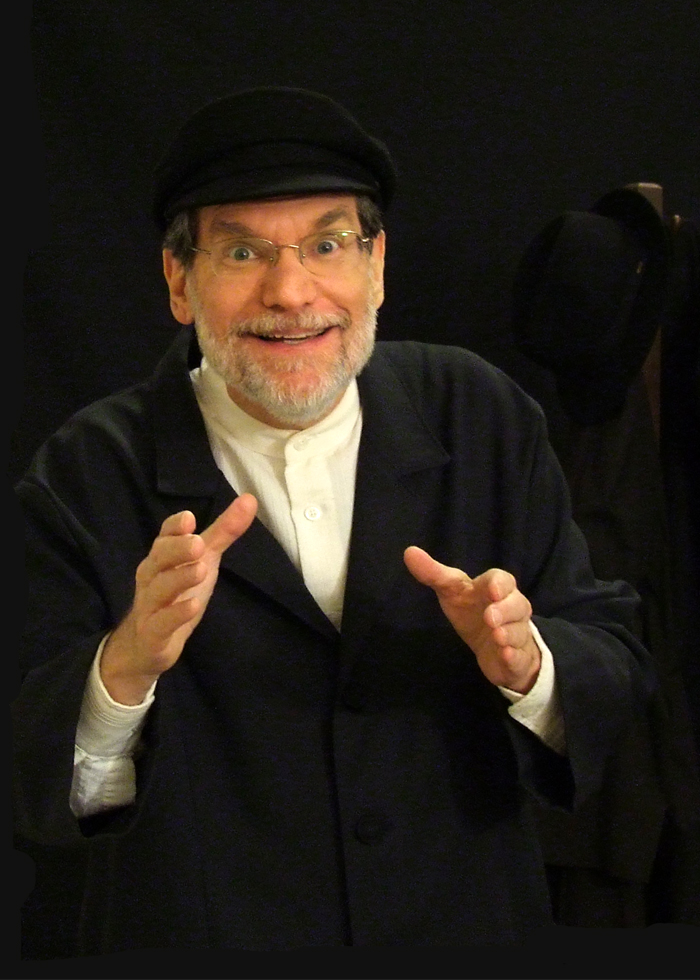 Scott  Davis is a lifelong storyteller, author, Emmy Award-winning filmmaker, and collector of Jewish short stories from Russia and Eastern Europe at the turn of the 20th century.

Scott began his theater career as a child performing in Jewish skits and plays in Los Angeles, California. He then went on to have a 35-year career in public television as a writer, producer, and director of documentaries and dramas before returning to his love of acting.

Although he was first introduced to Jewish stories as a teenager, Scott’s interest was reawakened when he taught a 9th-grade religious school class at his local synagogue. So taken by his students’ positive responses to his readings of stories by I. L. Peretz and Sholem Aleichem, Scott began exploring ways to use playwriting and storytelling to bring these beloved writers’ works to new audiences.

Scott is the author of Souls Are Flying! A Celebration of Jewish Stories, an anthology of retold Jewish tales; Between Heaven and Earth, four one-act plays based on the stories of I. L. Peretz; and a book of original short stories, Chanukah Tales from Oykvetchnik. His current passion is the recovery of works by the forgotten Yiddish writer Jacob Dinezon and making them available to a new generation of readers.

“Scott’s presentation at Temple of Israel won raves from young and old—a delightful and entertaining program that also provided a basis for lively discussion of issues as important to Jews today as they were to the residents of the shtetls a hundred years ago.” —⁠Ellyn Bache

Scott brings Jewish stories to life in his one-man performances of “Lost and Found: Jewish Stories from the Old Country,” “Chanukah Tales from Oykvetchnik,” and his talk, “Discovering The Forgotten Yiddish Writer Jacob Dinezon.”

“You have no idea how much pleasure you give with your presentations. You transmit so much of the joy, love, and reverence you have for the characters in the Jewish stories you dramatize. I also derived special pleasure in seeing my family respond to your performance.” —⁠Sylvia Holtzman

For more information or to schedule Scott for your event, please fill out our contact form.
Contact Us